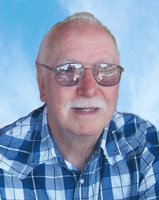 Lloyd Bryant, 83, husband of Connie Hellard Bryant, passed away at his home with his loving wife by his side on Saturday, May 29, 2021. He is survived by a daughter, Kathleen Stinnet; sons Lloyd Joseph Bryant, Timmy Bryant, Shane Bryant, and Joshua Bryant; step-son Scott Hardin; 23 grandchildren; and 38 great-grandchildren. He also leaves behind several others who were special to him: daughters-in-law Starr Bryant and Olivia Bryant, niece Lisa Haines, and friend Melinda Meredith. He was preceded in death by his parents, James Henry Bryant and Pearl May King Bryant; a son, Toby Campbell; a sister, Ailenne White; and four brothers, James Bryant, Dexter Bryant, Clyde Bryant, and Carlos Bryant. Lloyd was born in Frankfort on April 17, 1938. He attended school at Second Street and Bald Knob and went on to pursue his education at EKU. After serving as a jet engine mechanic with the Marines, he worked several jobs in security and law enforcement including as an officer with Frankfort City Police and D.O.T., Lieutenant at the Franklin County Regional Jail, and security guard at Boone National Guard Center. He also worked for Columbia Gas, was a brakeman for F&C Railroad, a commercial fisherman, a bus driver for the senior citizens center, and worked in gun repair and bluing. He served as a Deacon at Peaks Mill Baptist Church and was a foster parent. In addition to being the best husband, father, grandfather, great-grandfather, brother, uncle, and friend that you could hope to have, his hobbies and passions included trains, horseback riding, hunting and fishing, boating, wood crafts and furniture making, restoring guns, repairing clocks, painting, and gardening. A funeral service will be held at Rogers Funeral Home at 12:00 pm Friday with visitation beginning at 10:00 am. Burial will follow in the Frankfort Cemetery. Bro. Lewis Adams will officiate the services. Pallbearers will be grandsons Justin Asp, Lloyd Allen Stinnet, Jamie Hardin, Dakota Bryant, Toby Bryant, and Corey Bryant. Honorary bearers will be his children. Memorial contributions are suggested to Rogers Funeral Home to assist with funeral costs.