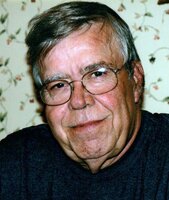 Services for William Clanton Fulgham, 77, will be held Sunday, September 19, 2021 at Rogers Funeral Home. Visitation will begin at 1:00 with a service to follow at 2:30. William passed away September 13. Born to the late Hollie and Beatrice Fulgham, William served in the U.S. Navy and retired from Lexmark as an engineer. William was preceded in death by his wife Betty Kemper Fulgham and daughter Holly Fulgham Van Meter. He is survived by his daughter, Karen Fulgham Laufenburg (Jason); granddaughters Katie, Claire, and Olivia; and sister Geraldine Hull.