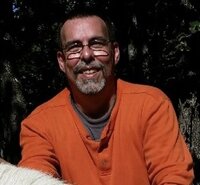 Mark Lynn Sipe, 55, husband of Christina M. Brinkley-Sipe, passed away in Frankfort, Kentucky on December 1, 2021. Born on March 21, 1966 in South Bend, Indiana, Mark was the son of Thomas L. Sipe and the late Sue E. Dickey Sipe. He worked as a mechanical engineer and was a Project Engineer at Nucor Steel Gallatin in Ghent, Kentucky. In his spare time, he enjoyed woodworking, hunting and trapping, welding, fishing, and cooking. Along with his wife and father, Mark is also survived by a daughter, L. Maggie Sipe, and step-son, Nicholas Brinkley. He was preceded in death by a brother, Gary Sipe, and a step-son, James Burmeister. Visitation will be held at Rogers Funeral Home in Frankfort, Kentucky from 1:00 - 2:00 pm on Sunday, December 5th.