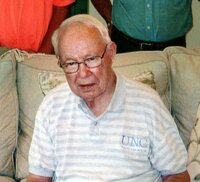 Donald Edward Hamrick, 83, husband of Pamela Kurtz Hamrick, passed away on February 3, 2022. Don was born in Frankfort on October 10, 1938 to William Edward and Julia Triplett Hamrick. After attending Thornhill Elementary School he graduated from Elkhorn High School in 1956 and then Eastern Kentucky State College in 1960. He served with the Kentucky National Guard from 1955 to 1968 and worked for the Boy Scouts of America for 32 years. He was an Eagle Scout and member of the Order of the Arrow (BSA), a member of the Kiwanis Club of Frankfort, and attended Thornhill Baptist Church and Crestwood Baptist Church. For many years he enjoyed picture framing in his spare time. Along with his wife Pam, Don is also survived by a daughter, Julie Keith (Dale); two sons, Donald Hamrick, Jr. (Sandee) and William Anthony Hamrick (Selina); 11 grandchildren; and 11 great-grandchildren. He was preceded in death by a sister, Georgan Whitfield. A funeral service will be held at Rogers Funeral Home at 11:00am Wednesday, with visitation preceding at 10:00am. Burial will follow in the Frankfort Cemetery. Honorary pallbearers will be the Elkhorn High School class of 1956.