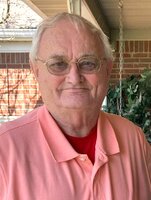 Carl David VanAtter I, 80, passed away on Tuesday, September 6, 2022. Born in Westfield, New York on April 11, 1942, he grew up with his parents Louise Jeannette Glass VanAtter and Carl Wait VanAtter in Mayville, New York, where he graduated from Mayville Central School. He went on to attend the University of Buffalo and later received both a B.S. and M S. from St. Thomas University. Carl was an Army Veteran, serving during the Vietnam War. He was the recipient of the National Defense Service Medal, Vietnam Service Medal, Vietnam Campaign Medal, Marksman Badge, two Overseas Service Bars, and the Bronze Star. In addition to his service, Carl worked as an officer for the Florida State Police, an instructor for the Florida Institute of Organized Crime, and a technical writer for GE before spending many years as a truck driver and living in several cities in Ohio. Most recently, he had settled in Frankfort and enjoyed working with the Military Entrance Processing Command. Carl was a member of Restoration Church and the American Legion. He was a dog lover and enjoyed working crossword puzzles, driving, and college football and basketball. His favorite things on television were animal shows and reality competition shows; and he loved jokes and funny videos. Carl was preceded in death by his wife Carolyn and is survived by three children, Beth Ballmer (Mark), Debbie VanAtter, and C. David VanAtter II (Cindy); five grandchildren; six great-grandchildren; and two sisters, Alyce Thomson (Jack) and Phyllis Howell (Gary). Visitation will be held at Rogers Funeral Home on Friday, September 9th from 5:00 to 7:00 pm. A funeral service will be held at the funeral home at 11:00 am Saturday, followed by burial in the Dunn Cemetery in Sinking Creek, KY at 2:30 pm. Contributions in Carl's memory are suggested to the Restoration Church Building Fund, 114 Brighton Park Blvd, Frankfort, KY 40601 or faithlife.com/rc-or/give.