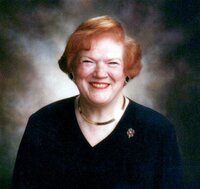 Phyllis Ann (Combs) Liebman passed from this earthly existence on Wednesday, December 21, 2022 at 78 years of age. Born in Hazard, Kentucky on August 13, 1944 to Carter F. and Nancy Shepherd Combs, Phyllis was a 1962 graduate of T.L. Handy High School in Bay City, Michigan. She was a 1967 graduate of the University of Kentucky with a Bachelor’s Degree in Journalism. She remained an active member and donor to the University of Kentucky Alumni Association and the UK School of Journalism. She was also an avid UK athletics fan from birth, cheering on her beloved Cats from the seats at Memorial Coliseum to Rupp Arena and from Stoll Field to Commonwealth Stadium. Immediately following college graduation, Phyllis began her professional career at the Frankfort State Journal. After a short print journalism career she joined the administration of the 52nd Governor of the Commonwealth of Kentucky, Louie B. Nunn, and served as the first female Press Secretary for a Kentucky Governor. She then joined the the administration of the 76th Governor of the State of Georgia, Jimmy Carter, in Atlanta, as a senior speech writer for Governor Carter until his successful run to become the 39th President of the United States in 1976. In 1977, passing up the opportunity to become a part of the Presidential Administration in Washington, DC, she returned to her Old Kentucky Home, eventually moving to historic Wapping Street in Frankfort and worked in communications for the Kentucky Chamber of Commerce before joining the communications team at IBM in Lexington. During her tenure with the iconic “Big Blue” technology giant, where she was eventually promoted to a media and communications executive, Mrs. Liebman lived for short periods in Columbus, Ohio and then Rochester, Minnesota before the hills and picturesque views of the thoroughbred farms of the Bluegrass state called her back again. It was upon her return, she married the love of her life, the late Herbert D. Liebman, a legal legend that practiced law for 50 years in Central Kentucky, in April, 1988 at the Orlando Brown House with many national, state, and local dignitaries in attendance. Mrs. Liebman then transitioned to LexMark following IBM’s spin off of its printer manufacturing operations in 1991, where she worked until her retirement. Retirement allowed for ‘Ms. P’, as she was affectionately known to so many, to realize her dream by opening her own children’s store, ‘Ms. P’s Kids’ on Main Street in downtown Frankfort. But, retirement from full-time employment was short lived, as she was recruited by the inimitable Jim Host, who she had known since her days in the Nunn administration, and he convinced her to return to public service and join him in the administration for the 60th Governor of Kentucky, Ernie Fletcher, in 2004 as the Director of Communications for the Commerce Cabinet. In 2005, Mrs. Liebman decided to finally retire from public life and her professional career after 38 years of unmatched successes in the fields of journalism, marketing, and communications. Phyllis Liebman was recognized during her lifetime and is remembered as a glass-ceiling-shattering woman in Kentucky and National politics, having served for three state Governors, and numerous Congressional campaigns; as well as American private industry, being one of the first female communications and marketing executives for a Fortune 500 company and a company listed in the 30 businesses in the Dow Jones Industrial Average. Mrs. Liebman was honored as a Lifetime Achievement Award Recipient from the Public Relations Society of America, as well as being named the first female President of the Kentucky Association of Manufacturers. Phyllis Liebman served on a number of state and local boards and philanthropic groups that included PUSH Early Childhood Development, the Frankfort Chamber of Commerce, the Frankfort United Way, Downtown Frankfort Inc., and Capital Ovarian Cancer Organization (C.O.C.O.). Phyllis was preceded in death by her husband, Herbert D. Liebman, her parents, Carter and Nancy Combs, and her step-daughter Ellen Liebman Koch. She is survived by her three stepsons, James (Karen), Dan, and Michael Liebman; two sisters, Leslie Sue Thompson (Thomas) and Candice Lee Combs; one brother David C. Combs (Charlotte); eight nieces and nephews, Kyle T. Thompson (Jennifer), Lindsey P. Melton (Pat), Andrew R. Hall (Sheldon), Jennifer L. Whiteside (Ryan), Nancy Sue Caroline Kyes-Myland (Greg), Zachary Combs (Hannah), Joshua Combs, and Luke Combs; and numerous great-nieces and nephews and step-grandchildren. Services for Phyllis Ann (Combs) Liebman will be held at Rogers Funeral Home on Wednesday, December 28, 2022, with visitation from 10:00 AM to 1:00 PM, with funeral service to follow immediately thereafter. Serving as pallbearers will be Andrew Hall, Greg Kyes Myland, Ryan Whiteside, Joe Liebman, David Liebman, Ben Liebman, Pat Melton, and Ben Lowery. Honorary pallbearers will be Thomas Thompson, Kyle Thompson, David Combs, Zachary Combs, Joshua Combs, Luke Combs, James Liebman, Dan Liebman, Michael Liebman, and Jennie Elizabeth (Liebman) Heiert. A graveside service for the family will be held at the Frankfort Cemetery after the public service, where she will be laid to rest with her life’s love, Herb, overlooking their beloved Capitol of the Commonwealth of Kentucky.