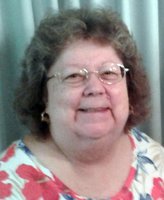 At an early age, Sally developed a love of learning. Her time in school was spent expanding her excellence in education. Sally graduated from University of Louisville (Woodcock Honor Society) as a French major in 1969. Sally worked for Humana, based in Louisville, Kentucky, which is where she met lifelong friend, Patti Campbell.

Being fiercely independent she moved from her home state to Florida. She worked setting up and managing several Med First facilities. She finished her career of service to others working with Humana’s Senior Friends.

Sarah loved animals, especially cats and owls, and could frequently be found online at the Molly & McGee “Owl Box”. She loved her family, accepted change, believed in loyalty and honesty and was unwavering in her faith in God. She will be welcomed in heaven by her parents, Sam and Sue Kendrick.

In lieu of flowers, gifts can be made in her honor to the National Kidney Foundation, the University of Louisville Woodcock Society, or The Little Loomhouse in Louisville, or simply shine some Light in your corner of the world by volunteering at a local charity.