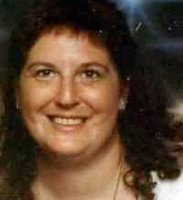 Sharon Denise Jordan Bye, age 52, died suddenly on the 8th of May 2020, at home, in Frankfort, Franklin County, Kentucky, USA. She simply stopped breathing during a nap in an apparent heart attack. Born on the 27th of May, 1967 in Fort Knox, Hardin County, Kentucky, Sharon grew up an army brat. She went to Valley Station High School, a school which filled many of her stories and emotions. Although she went to Bellarmine University, it was high school where she laid her heart. Sharon always said that she never truly learned to live happily until she married Keven Robert Bye, in 2000. His memorial for her says: “It is only her body that is no longer with us. In our memories, she lives. For any that met her, they remembered her. Such was the power of her presence; never one to be silent and always ready to speak her mind, she not only will not, but CAN NOT be forgotten. For those she loved, her love was as fierce as a blast furnace and as restoring as cold water on a hot day. Her convictions were sharper than a knife's edge, and sometimes her tongue was as well. In her life, she had been maiden, mother and crone; student, warrior, and priestess. The world is better for having her in it, and so are our lives. For those that knew her, her impact on us, like her love, is eternal. Her body is gone, but through us, she lives…. Forever.” Sharon is survived by her husband, Keven R. Bye, her adopted son Joseph Leonardo, and much loved grandchildren Braxton, Kamdyn, and Kaydance. She is also survived by her half siblings Reneé Meredith Milner, [and nephews, Christopher Alan Milliner and Scott Bradley Milliner]; Charlotte Yvonne Meredith [and niece Meredith Leigh Robbins]; David Coy Meredith (Sheila), [and nieces Carrie Anne Meredith, and Carrie Anne Meredith]; and her soul sisters Tina and Cindy. Sharon was predeceased by her father, Ralph Royce Jordan (1926–1990), her step father, Odas Lonnie Raymer (1925–1997) and her mother Imogene Haycraft (1925–2018). She was also predeceased by her nephew Robert Whitney Robbins (1985–2004), and brother-in-law Homer Milliner (1947–2017). In lieu of flowers Sharon would like those of you that can give and wish to give to use the Plant A Tree resource on this site. Feel free to use the Share A Memory feature there as well. Sharon Bye has been cremated, and the Memorial Service will be announced at a later date due to the Covid 19 [novel coronavirus] crisis.