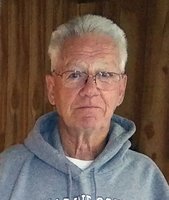 Henry Lee "Hank" Mullins, 73, passed away on Tuesday, August 25, 2020. Hank was born in Dayton, Kentucky on November 22, 1946. He was the son of the late Dorothy Widemann Mullins and William Edward Mullins, and was preceded in death by a sister, Shirley Marksberry, and a brother, William Mullins, Jr.. He was a Marine veteran, having served in the Vietnam War, and was a shift supervisor at Camco Chemical in Florence. In his community, Hank was known as "Pawpaw" and as the "fix-it" man. Hank is survived by his loving wife Renee Mullins; two daughters, Tracie Kellerman-Mullins and Morgan Elizabeth Mullins; a son, Ryan Daniel; a sister, Judy Cromer; five grandchildren; 11 great-grandchildren; his best friend Tommy Joe, and the Alpha One Four family. A memorial service is planned for 2:00 p.m. September 12th at the Perry Park Community Center. Serving as honorary pallbearers will be Parker Cunningham, Preston Cunningham, Noah Johnson, and Joe Succietto. In lieu of flowers, donations may be made to the family or to Rogers Funeral Home.