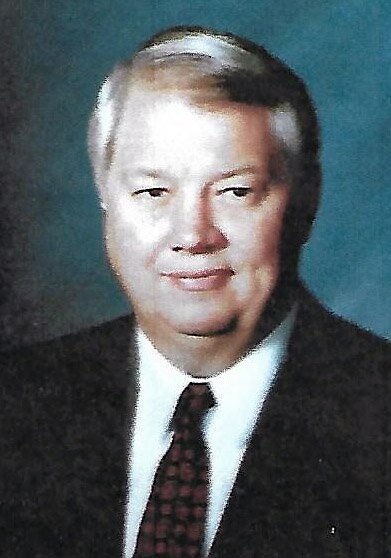 Please share a memory of Winston to include in a keepsake book for family and friends.
View Tribute Book
Services for J. Winston Rogers, 85, were held at 12 pm on Wednesday, September 8th, 2021. He died peacefully in his sleep on Thursday, September 2nd. Winston was a native of Frankfort, Ky., born on April 24, 1936 to the late Catherine and Carlton Perry Rogers. He was also preceded in death by his sister, “Kay” Rogers Romele, and brother John Graham Rogers II. Survivors include his loving companion of 36 years, Georgia Eden Lutcavish; sons David (Elaine), Mark, Scott, and Todd, and their Mother Anne Griffith Rogers; grandchildren Ben Rogers (Lesley), Amanda Strunk (Bubba), Winston Rogers, and Lilly Rogers; and great-grandchildren Miller and Arlo Strunk and his beloved lap dog Fritz. Extended family members include Christy Brock, Amber Badgett and Jackson Landrum. Winston was an extraordinary high school athlete excelling in football, basketball, golf, tennis and swimming. He was an avid UK and UL sports fan. Winston attended Vanderbilt University as a pre-med student and graduated from the University of Kentucky. His expertise in providing technical and medical knowledge launched a successful business in Ultrasound sales and services, spanning a career lasting from the late 1960s until his retirement in the early 2000s. He established his own company, “Rogers Ultrasound Imaging” in the early '80s. Winston was a pioneer on the cutting edge of diagnostic technology. The family would like to thank the staff of Bluegrass Care Navigators (Hospice) for the excellent care they provided Winston and his family during his final days. Arrangements were under the direction of Rogers Funeral Home with Father Charles Howell officiating at his service. Winston was proud of being a part of his family’s heritage at Rogers Funeral Home, the longest continuously family-owned and operated funeral business in the United States, established in 1802. Family members continue to serve the community. Memorial contributions are suggested to Bluegrass Care Navigators (Hospice), 643 Teton Tail, Frankfort, KY or the Franklin County Humane Society.
To send flowers to the family or plant a tree in memory of Winston Rogers, please visit Tribute Store
Tuesday
7
September

Share Your Memory of
Winston
Upload Your Memory View All Memories
Be the first to upload a memory!
Share A Memory
Send Flowers
Plant a Tree