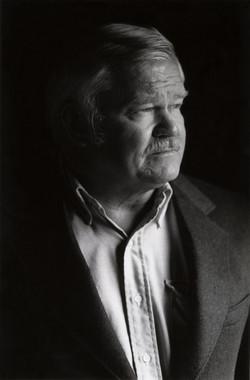 Please share a memory of Charles to include in a keepsake book for family and friends.
View Tribute Book
Charles M. Hudson, Jr., died peacefully in his Frankfort home on June 8, 2013, at the age of 80. The cause of death was a heart attack. Charles was one of the world's leading scholars in the early history of the native peoples of the American South. He published 16 books, the best known of which are The Southeastern Indians and Knights of Spain, Warriors of the Sun: Hernando de Soto and the South's Ancient Chiefdoms. Most recently he penned historical novels, including The Cow-Hunter, which will be published in 2014 by the University of South Carolina Press. Born in 1932 on a farm on the Kentucky River near Monterey, KY, Charles moved with his family to Frankfort, KY, at the age of 14. He attended Frankfort High School, where he played football and developed an interest in ideas and literature. After graduating in 1950 he joined the Air Force and served in communications intelligence in Japan during the Korean War. After discharge he used the GI Bill to attend the University of Kentucky, where he studied anthropology, which he loved for its broad vision of human existence and experience. He graduated in 1959 with a BA and won several scholarships and fellowships, including the Woodrow Wilson Scholarship. With this support he studied graduate anthropology at the University of North Carolina, Chapel Hill, earning his PhD in 1964. In that same year he joined the faculty of the University of Georgia and spent his entire career there, retiring in 2000 as Professor Emeritus of Anthropology and History. It was in his retirement that he took up the writing of historical fiction. Charles and his wife, Joyce, whom he married in 1968, returned to Kentucky in 2009 and have lived happily in downtown Frankfort ever since. Charles was beloved by family and friends for his twinkling eyes, his gentleness and humor, his sharp intellect, his unwavering honesty, and the love and appreciation he characteristically had for the people around him. In his last years, he especially enjoyed the company of small children. Charles is survived by his wife, Joyce Rockwood Hudson of Frankfort, KY; by his two children, Charles M. Hudson, III, of Athens, GA, and Ann Rebecca urrie of Louisville, KY; by his brother, James C. Hudson of Frankfort, KY; by his two grandchildren, Christopher Michael Currie of Louisville, KY, and Nick Currie of KY; by his three great-grandchildren, Noah Currie, Faith Currie, and Hudson William Michael Currie, all of KY; and by his honorary grandson, John Everett Fallis of Frankfort, KY. The funeral service for Charles will be on Sunday, June 16, 2013, at 1:00 pm at the Frankfort Women's Club, 200 Washington Street. In lieu of flowers, donations may be sent to the Emergency Community Food Pantry of Franklin County, PO Box 48, Frankfort, KY 40602, or to any other local food pantry.
To send flowers to the family or plant a tree in memory of Charles Hudson, please visit Tribute Store
Sunday
16
June

Share Your Memory of
Charles
Upload Your Memory View All Memories
Be the first to upload a memory!
Share A Memory
Send Flowers
Plant a Tree