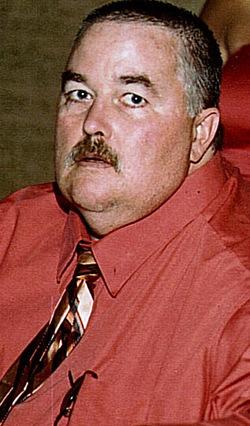 Please share a memory of Evans Milton to include in a keepsake book for family and friends.
View Tribute Book
Services for Evans &quot;Milton&quot; Campbell, 44, will be held in Rogers Funeral Home at 1:00 p.m. Saturday. Milton passed away early Wednesday morning in the Frankfort Regional medical Center. He will be buried in the Sunset Memorial Gardens. Milton was born on January 1, 1969, to Mildred N. Campbell and the late John C. Campbell, Sr. He was the first baby born on record in Frankfort in 1969. Milton is survived by hie wife, Terry Green; his mother, Mildred Campbell; his grandmother, Geneva R. Nichols; two sisters, Cindy Savoie (Mike) and Robin Harrod (Matt); two brothers, John C. Campbell, Jr. and William G. Campbell; six nephews; five nieces; several aunts, uncles, great-nephews, and great-nieces; and many friends. He is also survived by his three beloved canine friends, Oreo, Dottie, and Bella. He was preceded in death by his brother, Steven Grant Campbell. Milton graduated with honors from Western Hills High School in 1987, and was a member of the National Honor Society and Beta Club. He attended Kentucky State University for two semesters, directly prior to beginning his work for the Commonwealth Office of Technology, where he retired as a Production Specialist Level 3. Milton enjoyed being around and with family and friends at all times, but especially during the holidays; mainly Christmas. He also enjoyed his annual vacation to Gulf Shores, Alabama, where he could be with the larger part of his father's family who reside in southern Alabama. Milton was happy wherever he was, whether it was laughing around his sister-in-law's pool with family and friends, or just sitting in his recliner at home, surrounded by his three dogs, his wife, and a living room full of family and friends, entertaining everyone with his sense of humor and awesome wit! He just loved and enjoyed life to the fullest and he never wasted a single second of it. Yes, Milton was the most benevolent man to ever walk the face of this earth, and all those who knew him are better people for having done so. Milton attended the First Assembly of God church and his minister was Rev. Ernest Fridge. A dear friend of the family who knew Milton, Pastor Robert Cable, will be officiating the service. Pallbearers will be Brian Riddle, Shane Riddle, Bart Riddle, Brandon Wood, Scott Nelson, Scott Reynolds, and Ricky &quot;Ben&quot; Smothers. Honorary bearers will be Ruby Bullock, Anthony and Tonjua Casey, Robert R. Paige, Elizabeth Mitchell, Ashley Wainscott and children, Amanda Mitchell and children, Ronnie Pulliam, and Ron Derringer. Visitation will be at Rogers from 5:00 to 8:00 p.m. Friday. In lieu of flowers, donations may be made to Rogers Funeral Home to assist the family with expenses.
To plant a beautiful memorial tree in memory of Evans Milton Campbell, please visit our Tree Store

Share Your Memory of
Evans Milton
Upload Your Memory View All Memories
Be the first to upload a memory!
Share A Memory
Plant a Tree