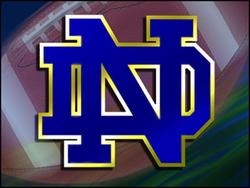 Please share a memory of Richard to include in a keepsake book for family and friends.
View Tribute Book
Richard D. (Dick) Heman, Jr. passed away in Phoenix, Arizona on January 27, 2013. Born in Louisville, Kentucky on March 8, 1928 to Richard D. and Josephine Paslick Heman, Sr., both of whom predeceased him, he grew up in Bowling Green, Kentucky where he became a stellar multi-sport athlete at Bowling Green High School, being inducted into the school's Hall of Fame in 1999. After his graduation from BGHS in 1945, Dick enlisted in the U.S. Army, sering a tour of duty in 1946 and 1947. Upon his discharge, he entered the University of Notre Dame on a football scholarship, precipitating a life-long love affair between Dick and his university, which he staunchly supported in many, many ways until his death. Dick received a BA Degree from Notre Dame in 1952, and after studying law there for two years, transferred to the University of Louisville Brandeis School of Law, where he was awarded his LLB Degree in 1955. His service to the citizens of the Commonwealth began in 1962 when he was hired as Assistant Counsel to the Public Service Commission of Kentucky, the state's regulatory agency. In 1965 he was elevated to the position of Secretary of the Commission, its chief administrative officer, in which position he served duly for nineteen years. In 1984, Dick was appointed Chairman of the Public Service Commission by Governor Martha Layne Collins, serving in that capacity until his retirement at the end of her term. Apparently bored by retirement, Dick joined the Peace Corps, and form the mid to late '90s served that agency in the Ukraine and other eastern European countries. Dick Heman was a man of strong and unwavering faith, integrity, and regard for fellow man, and was held in high esteem by everyone who had the good fortune to know him. Dick is survived by three cousins, Ann C. Nunn (Vernon), Louisville, Kentucky; Moira Wedekind (Laddie), Bloomington, Indiana; and Annie Wedekind, Brooklyn, New York. A Memorial Mass will be held on Wednesday, March 13, 2013 at 11:00 a.m. EDT in the Church of the Good Shepherd, 72 Shepherd Way, Frankfort, Kentucky, with Father Charles Howell officiating. Burial will take place immediately following in the Calvary Cemetery in Louisville, Kentucky. Visitation will occur at the church prior to the service beginning at 9:00 a.m. Arrangements are under the direction of Rogers Funeral Home, Frankfort, Kentucky. The family requests that in lieu of flowers, memorial contributions be made to one or more of the following agencies: the Paul Sawyier Public Library Board, 319 Wapping Street, Frankfort, Ky. 40601; the Good Shepherd Bereavement Fund, 72 Shepherd Way, Frankfort, KY. 40601; and the Alzheimer's Association, Kaden Tower, 6100 Dutchmans Lane, Suite 401, Louisville, Ky. 40205-3284.
To send flowers to the family or plant a tree in memory of Richard Heman, please visit Tribute Store
Wednesday
13
March

Share Your Memory of
Richard
Upload Your Memory View All Memories
Be the first to upload a memory!
Share A Memory
Send Flowers
Plant a Tree