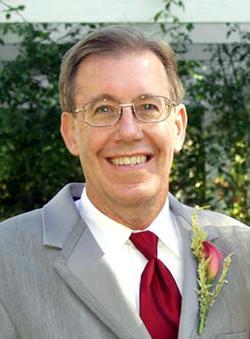 Please share a memory of John to include in a keepsake book for family and friends.
View Tribute Book
A Life Celebration Service for John Chenault Rogers will be held in Rogers Funeral Home at 1:00 pm Tuesday. John, who died unexpectedly Thursday evening at Central Baptist Hospital, will be buried in the Frankfort Cemetery. Born in Frankfort on January 7, 1949, he was the son of Ann Louise Brown and the late John M. Jack Rogers. He is survived by his wife, Mary Anna Bennett Rogers; three daughters, Doherty Reynolds (Tim) of Frankfort, Rachel Bouchard (Michael) of Denver, and Molly Rogers of Los Angeles; two grandchildren, Olivia and Callan Reynolds; a sister, Edith Ann Hap Kessler (Richard) of Philadelphia; and numerous nieces, nephews, and out-laws. John was a 1967 graduate of Frankfort High School and went on to study at North Carolina State University where he received a golf scholarship. He later graduated from the University of Kentucky and then returned to Frankfort where he became the sixth-generation owner of Rogers Funeral Home, one of the oldest continuously family-owned businesses in the country. John was an avid golfer from a young age and loved to follow sports of any kind, especially his beloved Kentucky Wildcats. His love of horse racing ranged from owning thoroughbreds to staging handicapping tournaments for his buddies. Bridge was always his card game of choice, and he was notorious for always being dealt the worst hand at the table. Pallbearers will be Johns brothers-in-law, Richard Kessler; Tom, Jamey, John, and Buddy Bennett; Steve Brooks; Tom Current; and Joe Karsner; and his nephew Christopher Current. Honorary pallbearers will be Ed Rall, Clay Snedegar, Mark Towe, Jeff Vansant, Frank Coleman, John Tinsley, Bill Coleman, Chris Goettel, Bob Faesy, Tom Briggs, James Ball, Forrest Banta, Scott Tippett, Neville White, Tom Riffe, Bob Lewis, Bruce Dungan, Jr., Jack Ellis, Lanny Walls, Mark Thornewill, and all the rest of his bridge, golf, and racing buddies. Friends may call at Rogers from 2:00 until 8:00 pm Monday. Flowers are welcomed while the family encourages donations to Avenues for Women.
To plant a beautiful memorial tree in memory of John Rogers, please visit our Tree Store

Look inside to read what others have shared
Family and friends are coming together online to create a special keepsake. Every memory left on the online obituary will be automatically included in this book.
View Tribute Book
Services for John Rogers
There are no events scheduled. You can still show your support by planting a tree in memory of John Rogers.
Plant a tree in memory of John

Share Your Memory of
John
Upload Your Memory View All Memories
Be the first to upload a memory!
Share A Memory
Plant a Tree