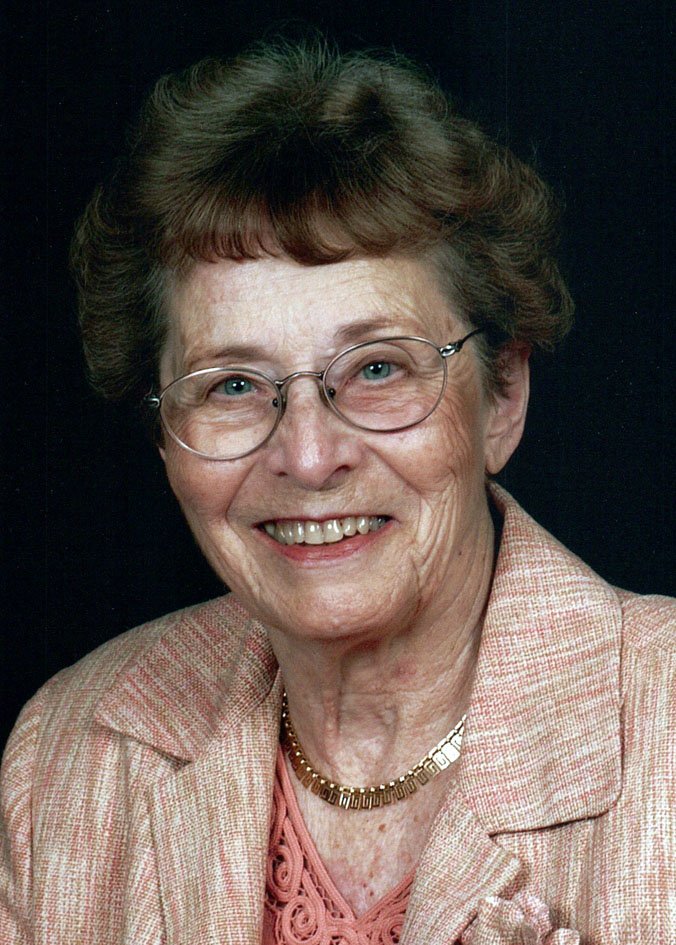 Please share a memory of Rae to include in a keepsake book for family and friends.
View Tribute Book

Mrs. Rae Lewis Vansant, 100, of Frankfort passed away April 26, 2019, at the Frankfort Regional Medical Center.  A celebration of her life will be held at Rogers Funeral Home in Frankfort from 4:00 to 6:00 pm on Thursday, May 23, 2019. Flowers are welcome in her memory, as well as donations to either the Sunshine Center or the Simon House in Frankfort.

Rae Lewis Vansant was born on August 6, 1918, in Owen County, Kentucky, the daughter of the late Raymond and Rooney Lewis. Mrs. Vansant spent her school years in Lexington and in 1938 was graduated from the University of Kentucky with a degree in business.  At graduation she was awarded the Sullivan Medallion for outstanding senior woman.

Following graduation Rae Vansant worked for the Kentucky State Department of Insurance.  In Frankfort she met her future husband, the late Guy Franklin Vansant, Jr., a civil engineer with the Kentucky Department of Highways who designed many of the bridges on I-64 and the stone bridge near Cumberland Falls that is frequently photographed. Upon their marriage she left the work force to raise her family, but remained actively involved in the Frankfort community.  She served as leader for Troop 34, her daughter’s Girl Scout Troop, for 15 years. In addition, over the years Rae Vansant served as President of the Frankfort Garden Club, President and then Treasurer of the Frankfort Arts Council, President of the Paul Sawyier Library Board and President of the King’s Daughters Silent Workers Circle. During her term as president of the Circle, what was then King’s Daughters Hospital was renovated to become the King’s Daughters Senior Apartments and the Frankfort Regional Medical Center was built. She was also a University of Kentucky Fellow.

Mrs. Vansant is survived by her son, Guy Franklin Vansant, III of Frankfort, her daughter, Drusilla Vansant Bakert of Lexington, her grandson, Andrew Franklin Bakert of Pittsburgh, Pennsylvania, and her brother, Owen Holt Lewis of Lexington. She was predeceased by her sister, Carolina Clarkson of Hopkinsville.

To send flowers to the family or plant a tree in memory of Rae Vansant, please visit Tribute Store
Thursday
23
May

Gathering in Celebration of Life

Share Your Memory of
Rae
Upload Your Memory View All Memories
Be the first to upload a memory!
Share A Memory
Send Flowers
Plant a Tree