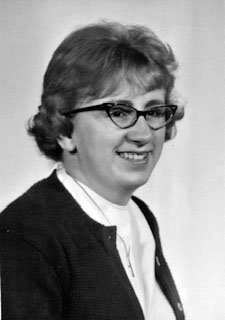 Sherry Douglas Dryden, lifelong resident of Frankfort, passed away Thursday, August 22, 2019 in Lexington at the age of 72.

Born in Frankfort, Kentucky on February 25, 1947, Miss Dryden was the daughter of the late Goebelene Harrod Dryden Singleton and William Nelson Dryden.  She graduated from Frankfort High School in 1965 and was retired from Kentucky State Government. She was also a long time box office cashier at the old Capitol Theater.

Sherry was a charter member of the Society of Boonesborough, as well as a member of the Susannah Hart Shelby Chapter of Kentucky DAR, Meriwether Society, Callaway Family Association, Kentucky Historical Society and the Genealogical Society. She was a member of First Baptist Church and also attended First Christian Church for many years.

She is survived by her cousins, Debbie Wagoner (Billy) of Murray, Karen Harrod (David) of Frankfort, and Patricia Rankin Odell (Jim) of Marietta, Georgia.  She also leaves behind her best friend and beloved companion, her dog Josh.

Arrangements are under the direction of Rogers Funeral Home.  Visitation will be held from 5-7 pm on Tuesday, August 27. A graveside service will begin at 1:30 pm on Wednesday, August 28 at Sunset Memorial Gardens.  Pallbearers will be David Harrod, Billy Wagoner, Jeremy Roberts, Seth Dawson, Keith Rollins, Wendell Butler, Bill Ayer, and Mark Morris.

To send flowers to the family or plant a tree in memory of Sherry Dryden, please visit Tribute Store
Tuesday
27
August

Share Your Memory of
Sherry
Upload Your Memory View All Memories
Be the first to upload a memory!
Share A Memory
Send Flowers
Plant a Tree