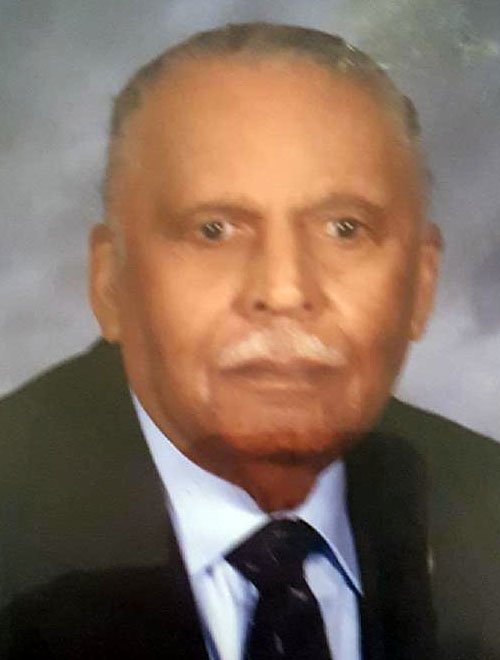 James H. Patton Jr. was born on August 14, 1924 in Indianapolis, Indiana. He was baptized In New Haven, Kentucky and attended all but his senior year of high school in Bardstown, Kentucky. He moved to Frankfort, Kentucky to work and complete his high school education at Mayo-Underwood.

In June, 1945 he married Edna Mae Cross in Louisville, Kentucky, a marriage that lasted for 64 years. The two were inseparable. Edna Patton passed in 2009. In the early 1950’s he began working for Cardinal Office Supply, now Cardinal Office Systems, as its first typewriter repair technician, a pursuit that he continued until his retirement in June of 1995. That position required extensive training and schooling that he continued throughout his career at Cardinal. He retired as a master repairman and sales person.

From the time he permanently moved to Frankfort in 1950, he faithfully attended and worshipped at Good Shepherd Church until 2018, when he transitioned to the Morning Pointe Assistive Living facility in Frankfort. Before moving to Morning Pointe, he served as an usher and member of the money counting ministry at Good Shepherd.

For years, most residents of South Frankfort knew him as the co-owner, along with his wife, of Patton’s Grocery Store, a business that they owned until 1971. He was an active member and a long serving treasurer of the Grad Club in Frankfort, a social organization that provided social, civic and educational support to the Frankfort community. He was a member of the Knights of Columbus and was commissioned as a Kentucky Colonel. Additionally, he was known to enjoy a spirited political debate and was heavily involved in local and state politics. He, along with his wife, owned and managed rental property in the South and East Frankfort area. James and his wife were honored to donate several of their homes to Habitat for Humanity.

A funeral Mass in celebration of his life will be held Saturday, September 21, 2019, 10:00 am at Good Shepherd Catholic Church, 70 Shepherd Way, Frankfort, KY.  A viewing between 9:00 and 10:00 am will precede the Mass.  Interment will take place at Sunset Memorial Gardens.

In lieu of flowers, donations can be made to Good Shepherd Catholic Church or to Bluegrass Care Navigators (Hospice) in Frankfort, Kentucky.

To send flowers to the family or plant a tree in memory of James Patton, Jr., please visit Tribute Store
Saturday
21
September

Share Your Memory of
James
Upload Your Memory View All Memories
Be the first to upload a memory!
Share A Memory
Send Flowers
Plant a Tree