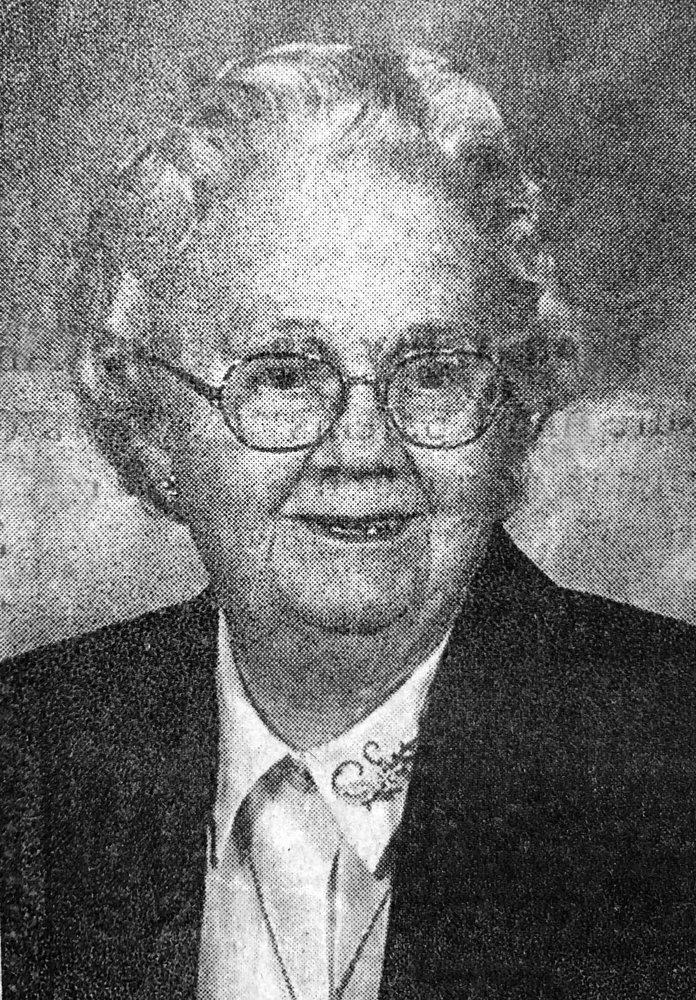 Please share a memory of Ruth to include in a keepsake book for family and friends.
View Tribute Book

Ruth Burch Spaeth, 101, was called home to be with the Lord on Friday, September 20, 2019. Ruth was born September 24, 1919, in Tyner, Kentucky. As a young girl, her family moved to Butler County, Ohio. She graduated from Reilly Centralized High School and attended Southern Ohio Business School in Cincinnati. Ruth married Arthur David Spaeth, Sr. on April 23, 1947, and in 1953 the family moved to Frankfort, Kentucky where Arthur preached at the Swallowfield Church of Christ.

Ruth retired from the U.S. Dept. of Agriculture. She was a member of Holly Hill Church of Christ, NARFE Capitol Chapter 2229, and the former Thornhill Homemakers. She loved people and was a caregiver into her early 90's, including caring for two young children at the age of 75. Ruth loved flowers, especially African violets. She was an avid quilter and her handiwork is cherished by her family and friends. Ruth lived during the Depression and was from the Greatest Generation. She loved her county and traveled the United States and several other countries, including Ireland, the birth land of her mother's people.

Ruth is preceded in death by her parents, Leonard and Minnie Maffey Burch; brothers, Finley, Earl, Lawrence, and Eugene Burch; and sisters Mary Margaret Burch and Martha Burch Mest. She was a daughter, sister, aunt, wife, mother, grandmother, great-grandmother, and friend to many who will miss her greatly, especially her friends at Ashwood Place where she had resided for several years.

Visitation will be held at the Holly Hill Church of Christ, 1020 Holly Hill Drive, Frankfort, from 4:00 to 8:00 p.m. Tuesday and from 10:00 to 11:00 a.m. Wednesday. The service will be held at the church at 11:00 a.m. Wednesday, followed by interment in the Sunset Memorial Gardens, Woodford County, Kentucky. Kurt Montooth will officiate the services.

Memorial Contributions are suggested to the Holly Hill Church of Christ or Freed-Hardeman University in Henderson, Tennessee.

To send flowers to the family or plant a tree in memory of Ruth Spaeth, please visit Tribute Store
Tuesday
24
September

Share Your Memory of
Ruth
Upload Your Memory View All Memories
Be the first to upload a memory!
Share A Memory
Send Flowers
Plant a Tree