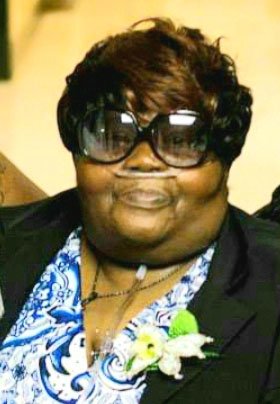 Please share a memory of Clara "Minnie" to include in a keepsake book for family and friends.
View Tribute Book

Clara Magdalene Cunningham (Minnie), 67, was born July 29, 1952 to the late Wyatt and Sarah (VanDyke) Cunningham of Lawrenceburg, Kentucky. Clara was a member of the Frankfort community for over forty years. Building roots in the community, Clara made her way by private sitting for the elderly. Big Minnie, as some will remember her, was always willing to lend a helping hand wherever needed. She offered shelter to those who may have been between housing situations and always managed to make a way out of no way. She was a community babysitter, a community mother and a shoulder to cry on. She was a companion, a sister, a grandmother, auntie, and a friend to anyone who came her way.

In addition to her parents, Clara was preceded in death by her four sisters, Amelia and Mandy Cunningham, Estelle Marshall, and Martha Brown; and two brothers, Wyatt Cunningham Jr. and Mitchell Cunningham.

A funeral service will be held at 1:00pm Saturday at Rogers Funeral Home with visitation  preceding at 11:00am.

To send flowers to the family or plant a tree in memory of Clara "Minnie" Cunningham, please visit Tribute Store
Saturday
14
December

Share Your Memory of
Clara "Minnie"
Upload Your Memory View All Memories
Be the first to upload a memory!
Share A Memory
Send Flowers
Plant a Tree