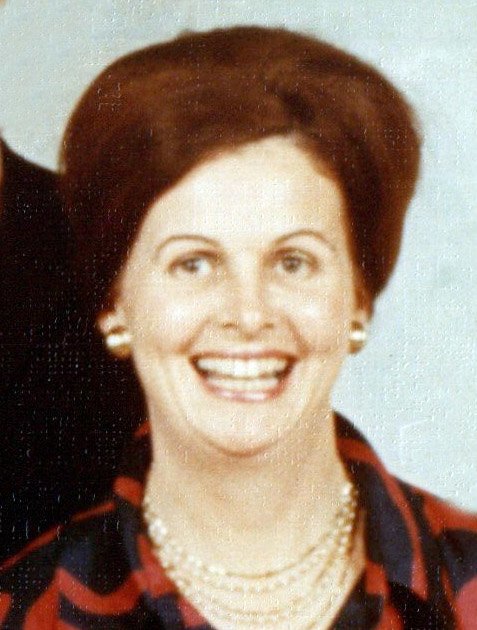 Please share a memory of Margaret to include in a keepsake book for family and friends.
View Tribute Book
Margaret Taylor Ratliff passed away on April 23, 2020. She was the wife of W.R. Ratliff, deceased, married October 26, 1951 at Good Shepherd Church on Wapping Street in Frankfort. Margaret was preceded in death by her parents, Dan Woodford Taylor and Mary Catherine Lannon Taylor, as well as siblings Joseph Lannon, John Francis, Edith Ann, Bernadine Stahl, and James Edward Taylor and her 18-year-old son Dan Taylor Ratliff. Margaret Clarissa Taylor Ratliff is survived by two awesome sons, William Richard and Foster Linton Ratliff, ten grandchildren, 23 great-grandchildren, sisters Mary Dan Tinsley and Lucy Gentry Easley, and brother William Robert Taylor. Margaret was born and baptized in the Roman Catholic Church in 1932. She loved being a member of the Church and was privileged to have received the sacraments of baptism, reconciliation, Eucharist, confirmation, and the sacrament of matrimony from the same priest - Msgr. Joseph A. O'Dwyer. Msgr. O'Dwyer also baptized three of her children. May they, by the grace of God, live Roman Catholic lives and pass it on to their children. God has no grandchildren, but tradition is tradition and with fervent prayer and inspiration of the Holy Spirit this can be accomplished. It requires discipline and constant prayer. God bless all of you!! Rogers Funeral Home is in charge of arrangements. Anyone wishing to visit could have done so since 1976. A private service will be held. In lieu of flowers, memorial contributions are suggested to Bluegrass Care Navigators (Hospice).
To plant a beautiful memorial tree in memory of Margaret Ratliff, please visit our Tree Store

Look inside to read what others have shared
Family and friends are coming together online to create a special keepsake. Every memory left on the online obituary will be automatically included in this book.
View Tribute Book
Services for Margaret Ratliff
There are no events scheduled. You can still show your support by planting a tree in memory of Margaret Ratliff.
Plant a tree in memory of Margaret
Share A Memory
Plant a Tree